We, the 4a and 4d, made an excursion to Madame Tussaud’s Vienna together with our teachers Mrs. Schmöltzer, Mrs. Eberl and Mr. Daxböck. 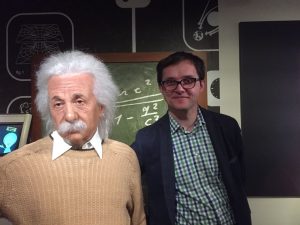 There were wax figures of famous people on display. One wax figure costs about 200,000 euro, which is very expensive. There were politicians like Barack Obama, people who changed the world like Mahatma Gandhi and Anne Frank, singers like Falco, Justin Bieber and Conchita Wurst, actors like George Clooney and Johnny Depp. We interviewed the Queen and took photos of famous sports people like David Alaba, Frank Klammer, Hermann Meier and many more. 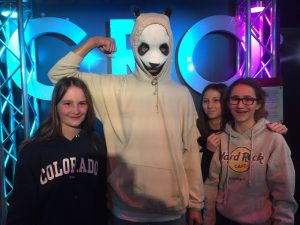 It was very interesting to see these celebrities, even if they were not real, but you learned a lot from the information tables next to each person. One has to say that, some wax figures were not very
well made, such as Justin Bieber and Robert Pattinson, but most looked real like Udo Jürgens or the Queen and the former Pope. There were also wax figures of Leonardo Dicaprio, Angela Merkel, Mozart, Beethoven, Einstein, One Direction, Cro, Katy Perry and many more.